Bent is Almost Out!

Bent is Almost Out! Bent: the Book Life in L.A.

I saw a YouTube video once where a guy dressed head-to-toe like a red devil with a long tail and everything was standing on the side of the freeway pointing at random cars as they passed by like they were in trouble. It made me feel kind of bad for people who actually believe in the devil, especially if they were the ones getting pointed at. I also wondered if you could get arrested for impersonating the devil and how funny that guy’s mug shot would be. Then you could argue the devil doesn’t really exist and they’d be forced to let you go.

I don’t believe there’s an evil force out there making awful shit happen for no reason. I also don’t believe in bad luck. And if there was such a thing as hell, I believe we make it ourselves. Right here. Same with being happy. I read Damien Echol’s book Life After Death—which was chilling, FYI—and amazing—and he actually found a way to not be a bitter asshole after being wrongly convicted of murdering three little boys and thrown in an Alabama prison for 18 years. The good thing is, if you do suck at life you have plenty of chances to come back and do it all over again in a different body with different problems. Because we all have problems. I like to deal with mine by driving down Sunset at night all the way to the beach with the top down blaring Van Halen. In fact, I might just do that tonight.

A little over two years ago I woke up to an email from an editor that I almost didn’t open because it came from my web site and I thought it was spam telling me she’d been looking for someone with a yoga background to write a book and did I want to talk about it. Uh, yeah I wanted to talk about it. I wanted to talk my freakin’ head off about it. Totallyyy. And during a few emails back and forth about what kind of book we could do and how yoga had helped me in life, I told her how I grew up in LA and how I started drnking when I was 14 years old and had gotten sober at 22 and how I immediately developed a panic disorder after that and that now I had Parkinson’s Disease. Oh, and how that was the one thing I refused to write about. Between the alcoholism and the anxiety that was just going to have to be enough for one book. And I meant it.

Then for some reason I sent her something I had written a year earlier after I came home from the neurologist one day, something I wrote just for myself sitting in my garage, something I’d never had the guts to show to anyone.

That thing I wrote is now the introduction to Bent.

I wrote a treatment. I got a book deal. By that point I had reluctantly agreed to sorta-kinda mention what was going on with me, which was the best I could do. I figured I’d just worry about it later. And after about a million attempts at writing about anything other than the one thing I had zero desire to tell the whole world, I finally ended up saying screw it and wrote a chapter called “Sick” about what it was like to have Parkinson’s and try to hide it all the time. It was dark. My editor loved it. And that chapter ended up being the maypole the whole book dances around. I’ve since renamed it “Freaky” because it includes this quote from JD Salinger in Franny and Zooey:

“We’re freaks, that’s all. Those two bastards got us nice and early and made us into freaks with freakish standards, that’s all. We’re the tattooed lady, and we’re never going to have a minute’s peace, the rest of our lives, until everybody else is tattooed, too.”

I always wanted to be a writer. I knew it when I was 15 years old and I read The Great Gatsby, the most beautiful book ever. But here’s one thing I’ve learned about writing, or any other art form for that matter: It only means something when you reveal the truth about yourself. Look at a Jackson Pollock painting. Look at the chaos and confusion and pain. Listen to Janis Joplin. Read Charles Bukowski’s poem Bluebird. How any of these people had the guts to be that honest is astounding to me. And everyone kept telling me the same thing, that I should just keep going and I’d feel amazing once it was done. “Cathartic” was a word I heard a lot. I had that one chapter, but it was like I’d opened the door to the Poltergeist room where shit is flying all over the place and had to immediately shut it. And there I’d be, sitting on my couch night after night, totally stuck, deadline approaching, ignoring everyone including my husband who basically had to live with Dracula because I couldn’t sleep and I couldn’t go to yoga to let the light in and I couldn’t talk about any of it because I didn’t know how to express what it was like to stare at a computer screen and not be able to find the right string of words to accurately describe the feeling of AAARRRRGGGHHHH.

The stress was unreal. If you saw me in those months, I was probably crying. At one point I had a dream where I pulled a hideous and very dead black rat out of my throat. And to top it all off, the whole thing made me feel physically even worse. I have a picture of me from last Valentine’s day. I look like I just swallowed arsenic.

A major deadline came and went. My sanity came and went. The book wasn’t done yet and the publishing company was obviously going to fire me. It was either that or I’d have to quit and just never answer their calls or emails. They’d figure it out eventually. And then, in the beginning of April, right in the middle of all this, I decided to take the day off toturing myself and drive up to San Francisco with my friend Solana for the day (yes, for the day, from LA, ‘cuz we’re awesome) to go to a book signing with Augusten Burroughs for his book Lust & Wonder.

Augusten Burroughs is my favorite writer. Forget Running With Scissors. Read Dry, speaking of beautiful books. All I wanted was get in front of him and ask him how he gets past the fear of writing about the horrible parts of his life which, if you know anything about Augusten Burroughs, are way more horrible than mine. If anyone ever did get pointed at by a red devil, it would be him. So I asked him. And he said once he signs a contract to write a book he doesn’t have the luxury of feeling any fear because he knows what he has to do so he just does it. This was incredibly unhelpful. And then, in a bookstore on Van Ness in that unbelievably magical city that inspired so many other writers and poets I love—including Allen Ginsberg with Howl, a poem that reads like a nervous breakdown—Augusten Burroughs gave me the one bit of writing advice I will never forget: Just keep it ugly and real. Because if you try to make it pretty, it’ll end up sounding fake. And no one is interested in pretty and fake. There was more, which I have on tape on my phone, but that was the important part. And that’s when everything changed.

What a generous, lovely man. 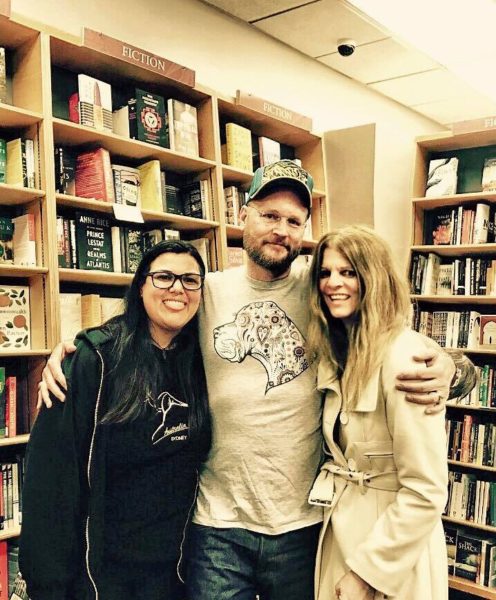 I wrote most of Bent after that. It took less than three months. I had to toss over a year of writing, but in the end everyone was right. It was pretty cathartic. Although when it was done I didn’t even realize it until like, two weeks after I handed it in. Then they sent me the layout and I cried for a half an hour. It was just so fucking beautiful.

So here’s to honesty. With everything going on in the world, it may be one of the most important things we have. And friends. And music. Right now it’s ten in the morning and I’m sitting in my backyard listening to Jefferson Starship. And there’s nowhere else I’d rather be ♥ 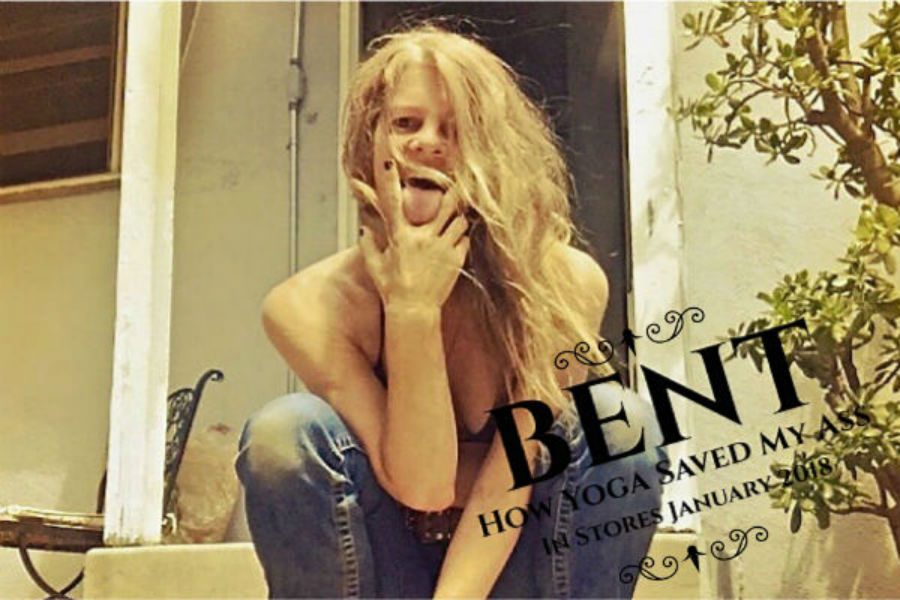