Bent is Almost Out! Bent: the Book Life

I thought of a lot of titles for the book before deciding on Bent: How Yoga Saved My Ass. This was before I had even written it, when it was still in the planning stages. Some of them were lawsuits waiting to happen, including Blood Sugar Sex Yoga, as in Blood Sugar Sex Magik, probably the best Red Hot Chili Peppers album because of the song Blood Sugar Sex Magik. I wanted to learn it on my guitar but it doesn’t sound half as rad when it’s not all loud and raunchy. It’s not Sunshine On My Shoulder. I may have gotten away with Love Sugar Sex Yoga, which sounds a little cuter and less like I’m ripping them off, but that also reminds me of Gwen Stefani’s clothing label L.A.M.B. which stands for Love Angel Music Baby. So it might have to be Blood Sugar Sex Yoga. I’m not cool enough to know the Chili Peppers, but plenty of friends of mine are and maybe they could talk them out of being pissed.

(FYI, if you Google “Blood Sugar Sex Yoga” you get information on diabetes and how to help it with yoga. And don’t even think about snaking those names. I now own the .coms.)

My other favorite was Bent: The Good, The Bad & The Yoga. The problem was the people in charge said it didn’t really mean anything, and I suppose it doesn’t, but I liked it because it made it sound like a western and it’s a yoga book written from a western perspective. And you don’t get more west than L.A. Although I know some people wish L.A. would fall into the ocean already but A) it doesn’t work that way, and B) it’s toward the end of October and the high this weekend is going to be 84 degrees. Yay!

Here are my notes from when I was still going with the western thing. 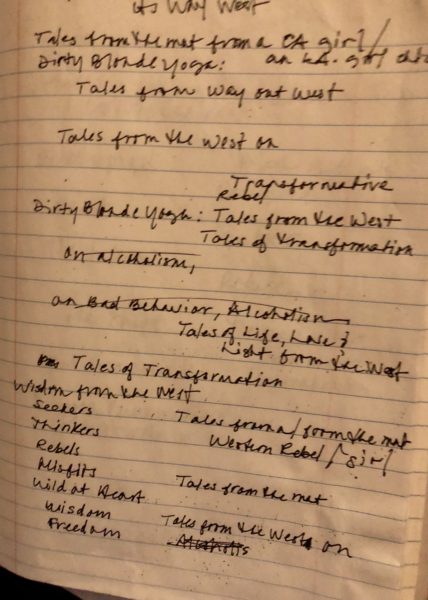 I still kind of like “Yoga Tales From Way Out West,” even though that’s not really saying much either. The cover could have been an old wanted poster. But then I wouldn’t have the cover I have, which I totally love because it looks like an old Levi’s button. Or the Jack Daniel’s label. Especially in black and white. The only thing is I’m sober and it probably wouldn’t be very “appropriate.” 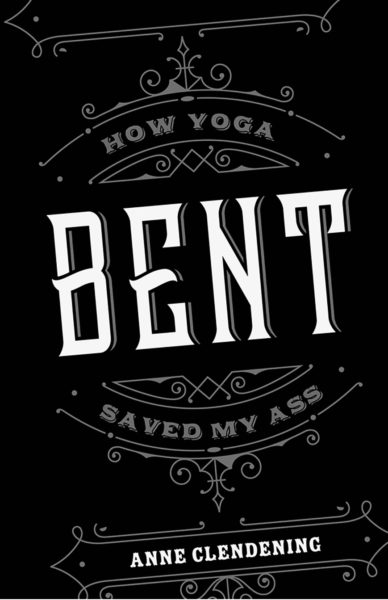 There were other titles. I thought of Free Spirit. And Dirty Blonde Yoga. Unfortunately when you Google it a bunch of porn sites come up. Guts to be Gentle and Kind was a nod to Morrissey and the song “I Know It’s Over.” I want to say Flowers in Her Hair came from Led Zeppelin. And there was Now and Zen, another one that doesn’t mean much but I still like it. An Unbroken Series of Successful Gestures was from The Great Gatsby: “If personality is an unbroken series of successful gestures, then there was something gorgeous about him, some heightened sensitivity to the promises of life, as if he were related to one of those intricate machines that register earthquakes ten thousand miles away.” It’s an insanely beautiful title for a memoir but it really has nothing to do with this one. Same with Smashed Up Things and Creatures: “They were careless people, Tom and Daisy—they smashed up things and creatures and then retreated back into their money of their vast carelessness, or whatever it was that kept them together, and let other people clean up the mess they had made.” I must have been on a Great Gatsby kick because apparently all the quotes on this page come from it. Someone should really use The Eternal World in an Instant. Or Unutterable Visions. I’d be totally intrigued by a book called Unutterable Visions. 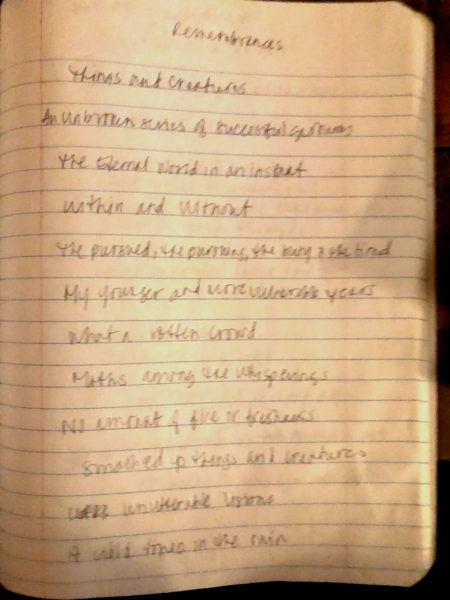 By the way, in case you were wondering, that IS one of those black and white “composition” books you wrote in when you were in 8th grade.

At one point I decided to keep things simple, so I went with Bent. It’s short and sweet, and it’s a double entendre. I found out later on there’s a yoga book called Hell Bent, but it’s about competitive yoga which couldn’t be more different than the book I wrote so I’m not worried about any confusion. (Hell Bent is really good though.) Then the publishing people came up with the How Yoga Saved My Ass part and that was that. Love it ♥ 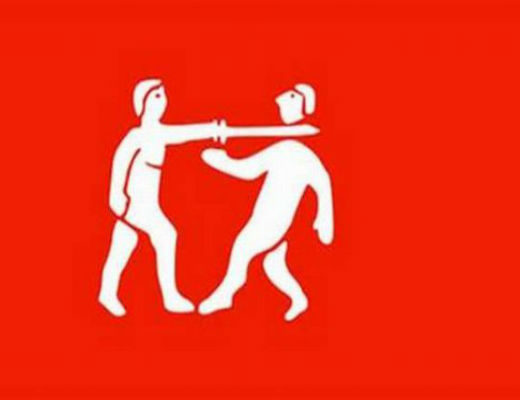 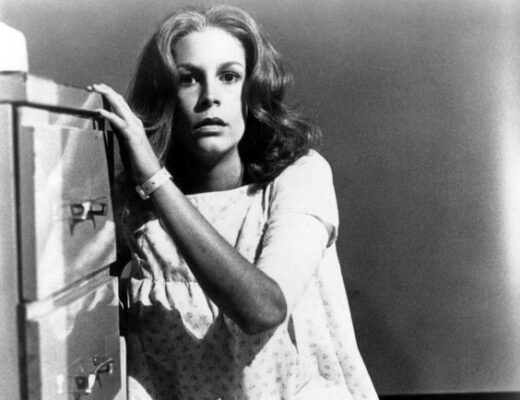 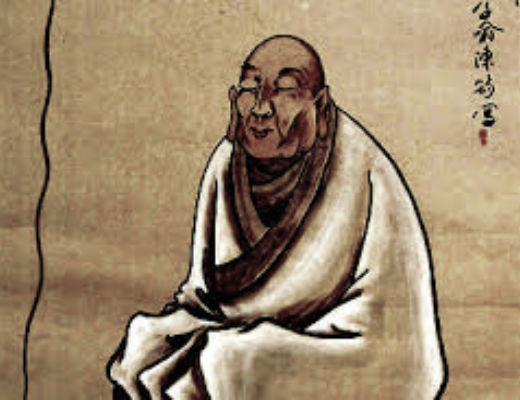