“Watch out! They get you while you’re sleeping!” ~Invasion of the Body Snatchers (1978)

This is the second of 31 posts on horror movies. Yup, it’s October, baby.

IMDB Summary: In San Francisco, a group of people discover the human race is being replaced one by one, with clones devoid of emotion.

Why I love it: Probably because of the weird screaming thing.

I went out to breakfast yesterday morning with my husband and our good friend Coleman. Coleman has what you call a “strong stomach.” Not a lot of people would boogie home from breakfast and sit down to watch Invasion of the Body Snatchers with me. I couldn’t wait to get the creeps at 11:00am. My husband feels the exact opposite way. Such a baby. But it didn’t end up mattering. You’d think this movie would be on Netflix, or Amazon, or something. Somewhere. But it ain’t. I saw it like, a thousand times when I was young. So here it goes, all from memory.

Donald Sutherland is hot. The curly hair, the moustache, the trenchcoat… Actually, I think it’s the voice. Not to mention the fact that he’s a fantastic actor. And I’ll never forget hot Donald in the last scene, with the screaming and the pointing. Pertifying.

Jeff Goldblum is also hot. Pretty much as hot as Donald Sutherland. They’re both still uber-hot. And tall.

Veronica Cartwright is always perfectly cast as the oh-my-god-I-hope-she-dies kind of whiny victim. She did it perfectly in Alien. She even did it it in an episode of The Twilight Zone called “I Sing the Body Electric,” where little she plays a snotty little girl named Anne (which is why I remember it) whose mother has died and gets replaced with a nurturing robot she’s told to call “Grandma.” Anne hates Grandma. Grandma saves her from being hit by a bus. Anne is bitter no more, and Veronica goes on to make The Birds a year later with Alfred Hitchcock where I also wouldn’t have minded if she died.

In the movie, people get transformed into odd versions of themselves by a rebirth process which includes falling asleep, being body-choked by slithering vines and a creepy, slimy exit from a womb-like pod, temporarily covered in what looks like the aspic layer on top of molded meats that come in cans. Then they go about their regular lives, calling out others who haven’t let themselves get taken.

I’m pretty sure emotionless pod people don’t exist and aren’t out to get me, but what makes this movie so scary is that it all happens to you when you sleep. You have to sleep eventually, even if a “race of gelatinous creatures” has come to San Francisco to take over. There’s also something unsettling about seeing people having to run from something. I feel that way every time I catch someone running down the street when they’re in normal clothes, and obviously not out for a jog. It makes me nervous. And who made the mistake of mixing up the little dog and the bearded man? Way to go. 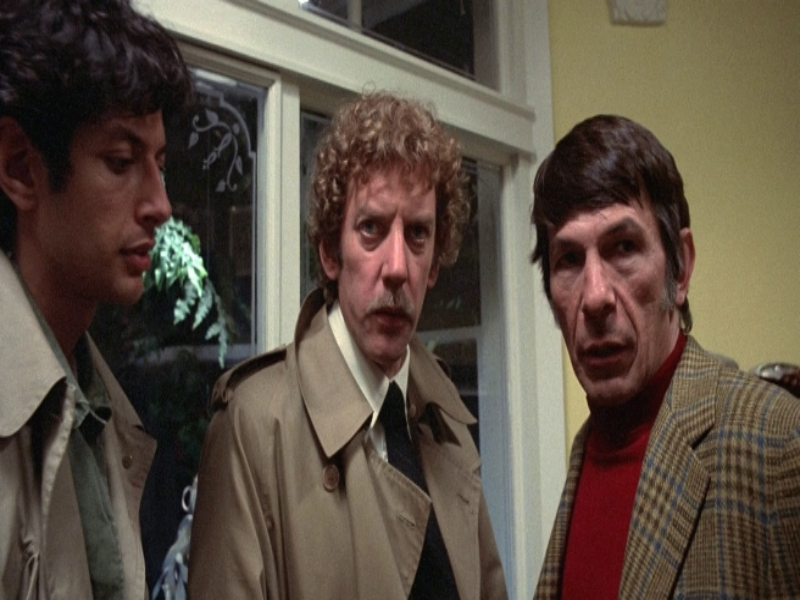 Since we couldn’t watch this one, we watched part of the next one: Henry: Portrait of a Serial Killer. 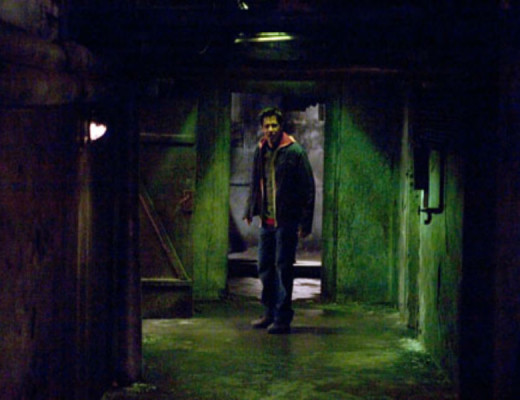