There’s a saying that is true, and also kind of annoying: You Can Get Whatever You Want In Life And Achieve Your Wildest Dreams. All You Have To Do Is Believe In Yourself And Try.

Maybe that’s not exactly how it goes. But you get the idea. I used to get so irritated by pithy little sayings like this, but not these days. In the last three and a half months, ever since New Year’s, I’ve been on a MAJAH roll with life stuff. I’ve gotten published (a life-long goal), I got three teaching gigs, I received a partial scholarship for a new yoga teacher training, I’ve subbed at some amazing studios, I’ve been wildly creative and I’m learning guitar, and I’m crazy about my boyfriend (which is nothing new, but I say it just ‘cuz). I’m like a poster child for self-motivation. I swear, I should write a book (like no one ever has). Or do a video blog. It’s all self-indulgent, but whatever.

So what has inspired this delicious moment in time of accomplishment and happiness? Let’s see…

Hubbell Gardner. I must have seen The Way We Were 50 times. And please don’t call it a chick flick. I know the Barbra Streisand song is a tad over-sentimental, but the movie is actually more like a socio-political drama. It’s World War II, Hubbell and curly-haired free speech obsessed K-K-K-Katie are in college. He and his preppy friends talk down to her at the diner where she works, but she doesn’t care because she’s super brainy. He writes a story called “A Country Made Of Ice Cream” and of course his writing, like everything else, is better than hers. Years later, they run into each other, he’s a foxy sailor, they get it on and turn a one night stand into a relationship. She reads his book and tells him he’s a gorgeous writer. The war happens, and they find themselves at odds because she overthinks everything (like super brainy people tend to do) and he doesn’t really give a shit because he’s gone Hollywood.

What is it about this I love so much? I’ve always wanted to know what “A Country Made Of Ice Cream” was about. All I know is this: “In a way he was like the country he lived in… everything came too easily to him.” We’re being teased here, and I hate being teased. I need to know why the hell things came so easily. And now I’ll never know, because it’s a fake book. But dang, that one line is brilliant. Totally inspiring.

Rocky. I’m so sorry. I really am. But I have to say it again: Rocky is the ultimate winner, because even though he lost to Apollo Creed in the first movie, he went the distance. No one had ever done that with Apollo. It was only supposed to be an exhibition, but The Italian Stallion did what he had to do, gave it his all, and eventually became the World Heavyweight Champion. “We held the greatest title in the whole world, baby,” Apollo said to the guy who used to break legs for a living. Butkus’ daddy walked with a swagger, bounced a litle ball up and down and was in love with the shy little pet store girl Adrian. And he went the distance.

Why is this so fantastic? Because life is fucked up sometimes, and not all challenges are as obvious as a guy literally punching you over and over in the face. And you gotta work it all out with yourself. Rocky would get up before dawn, put on his stinky gray sweatsuit, chug, like, seven raw eggs, and go running all by himself in the freezing cold. I wish I had that kind of discipline. It’s the classic dilemma, Man Vs Himself. Unhappy? You can actually change things, right now. Get a goal. Challenge yourself. This is your life. I’m so inspired, I might just put “Gonna Fly Now” on repeat on my Spotify, pull a Rocky and tell everyone I’m “in training”.

Man On Wire. Philippe Petit was a diminutive, French tightrope walker in the 1974. He and his partners in crime, after years of planning, rigged a tightrope in the middle of the night between the Twin Towers in New York City. At the break of dawn, dressed in black, with a balance pole in his small French hands, the guy stepped out onto the rope, despite the fact it was swaying in the wind and he had no safety net. It was 1,350 feet up. That’s like, a mile. He walked it, not once, but EIGHT TIMES. At one point, taunting the police (and gravity), he stopped in the middle, and simply laid down. He was smiling the whole time.

The documentary is about a guy who had a crazy dream. Not only was it completely unrealistic, it was just not possible. But he made it happen anyway, because he had a burning desire to do it. That’s the kind of self-confidence we all need. And we learn this when we’re too young to really understand, like in the story of The Tortoise And The Hare. That stupid hare is so confident he’s going to win the race, he takes a nap, and the ol’ tortoise crawls past him to the finish line. Slow and steady wins the race, even if it seems impossible.

The Americans Beat The Russians in Olympic Hockey. This is the greatest inspirational story not just in sports, but pretty much EVER. The Russian team was like the hare: they thought they had it made in the shade, and barely gave a shit about the Olympics. They were the best; no one ever beat them. But the Americans, a bunch of young, wide-eyed hockey players who had never played together before, showed up in Lake Placid in 1980 and completely shredded any sense of entitlement or hope the Russians had of winning the gold.  And when they won, they basically erupted on that ice in the most ecstatic celebration you will ever see from grown men. Watch Miracle On Ice and try not to cry when you see the cute goalie asking where his dad is. And check out the looks on the Russian’s faces when they lose; one of them even says they were almost happy for the Americans, because they never that kind of thrill anymore. Winning was so normal.

And this is where some more stupid life words come in. There are peaks and valleys in life, like it or not, and everyone goes through crap. But afterward, the good times seem even better, and you let yourself eat candy for breakfast, and sing out loud in the car, and you’re in love with the whole world. That’s when you know you’re a success. ♥ ♥ ♥ 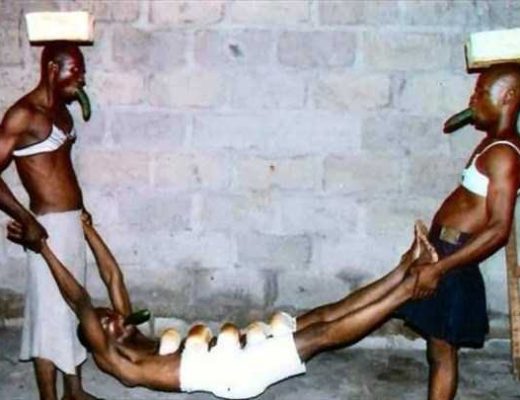