The World Is More Interesting With You In It

This isn’t a love story. Well, maybe in a weird way it is, but it’s probably not what you think.

I have an awfully strange taste for mayhem. And horror movies. I’m a pretty mild-mannered, L.A. hippie chick, but I must have read Helter Skelter three times. One time my friend and I went driving up Benedict Canyon, looking for the famous Cielo Drive house. It’s not there, they tore it down.

There’s a reason why there’s so many versions of CSI, and so many true crime stories. Everyone has a dark side. That’s why slasher flicks exist. That puzzle guy in the SAW movies is, like, a hero. And Pinhead? I heard he gets actual marriage proposals. (I’m not that bad.)

It’s just way funner to root for the villain. And not the kind of typical scoundrel who turns around and seeks repentance at some point; I’m talking about those seemingly made of pure evil, the most dangerous kind of antagonist. I don’t even want to know what happens to Darth Vader after he takes off his helmet and reveals his twisted, half-metal face; I’d rather watch him intimidate everyone in the universe and try to get his own son turn to the dark side. Friedrich Nietzsche said “In the last analysis, even the best man is evil.” If I were Luke, I’d be oddly tempted.

I’m guessing when Dexter first aired, enrollment dramatically increased in blood-splatter analysis and other forensic-based classes. It’s true, people have a taste for blood. And Dexter makes it look fun.

But evil doesn’t necessarily have a face. The killer in Halloween wears a mask the whole time and is credited only as “The Shape”. There couldn’t be a more perfect moniker for what scares us. He’s the personification of everything we fear in the dark corners of our mind; he’s dark, lurking, stomps around and has no emotion. From Wikipedia: John Carpenter has described the character as “almost a supernatural force – a force of nature. An evil force that’s loose.” The Bogeyman. I’d hate to get chased in real life by him, but you know what? Every year I have to watch this movie. It never gets old.

These guys get away with murder. And we love it. Leatherface has a fan club. Heath Ledger won a posthumous Oscar for playing a dark and slimy version of The Joker (and he was never sexier). The Menendez brothers, Scott Peterson and “The Night Stalker” Richard Ramirez all have actual groupies. (What the hell? I think that’s going a bit far.)

In 1991, I saw The Silence Of The Lambs in the theater. I’ve never been so scared in my life. It’s a masterpiece. Despite his past, Dr Hannibal Lecter is not just likable, we actually want him to be free and pick up where he left off on the outside. And he does.

I met Anthony Hopkins once. He’s extremely soft spoken and humble. I didn’t expect him to chomp my face off or anything, but I thought I’d recognize Dr Lecter in there, behind his eyes, somewhere. Sir Anthony played Hannibal The Cannibal, the brilliant, incarcerated psychiatrist. The doctor’s sins are so heinous, they don’t even have a name for what he is. Is he sorry for anything? Nope. But he does discriminate. “I have no plans to call on you, Clarice”, he says over the phone to the young Federal Agent. “The world is more interesting with you in it.”

Life is hard enough, with all the fears, real and imagined, we dream up. Maybe that’s why we love a great bad guy, so we don’t have to confront what really scares us. We can just blame it all on Charles Manson. It keeps things interesting.

Last Night I Met A Man From Austria Who Lived In Berlin And Now Lives In London. 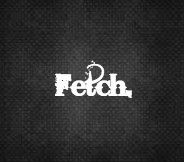