Disturbing The Sound Of Silence

I was walking along a path with two friends – the sun was setting – suddenly the sky turned blood red – I paused, feeling exhausted, and leaned on the fence – there was blood and tongues of fire above the blue-black fjord and the city – my friends walked on, and I stood there trembling with anxiety – and I sensed an infinite scream passing through nature. Edward Munch

In this page in his diary headed Nice 22.01.1892, Munch described his inspiration for The Scream. The original German title given to the work by Munch was Der Schrei der Natur (The Scream of Nature); it’s also been called The Cry. Feel free to get the creeps. So much open space. And pain. And what was so wrong, exactly? Apparently some people just have too much anxiety. Munch later described the personal anguish behind the painting: “For several years I was almost mad…You know my picture, ‘’The Scream?’’ I was stretched to the limit—nature was screaming in my blood… After that I gave up hope ever of being able to love again.” Awwww.

On the contrary, the iconic Janet Leigh had no problem loving another man in 1960’s thriller Psycho. Her turn as the doomed Marion Crane was shocking enough when the opening scene features her in her bra (gasp!!) in a hotel with a man who wasn’t her husband. (That’s the 1950’s for ya.)  But that was nothing compared to the infamous shower scene. Ms Leigh spent a grueling week filming 70-odd shots, screaming the whole time. How would you feel if you were getting fake-stabbed two hundred times? Even the music is screechy. They say her first scream is the pivotal turning point in the film; also, in truth, in cinematic history. By the way, her body double was stabbed to death in real life.

So one screecher spawned another and we got Scream Queen Jamie Lee Curtis. Halloween, Prom Night, Terror Train. Watch our poor protagonist barely survive after all her friends get brutally bumped off one by one. The thing is, she’s hot and smart at the same time, not an easy combo to pull off. She’s even sweet and bookish, and maybe a hermaphrodite. Then, Jamie outgrew her moniker with 1983’s Trading Places, mostly because of the partial frontal nudity scene, where no one cared anymore how smart she was or if she would survive the maniacal killer that’s usually after her. You know the scene I’m talking about. Oh, and people have told me a thousand times that I look like her.

And the original damsel in distress? Fay Wray, beautiful plaything of the oversized ape King Kong. The prototype for the frightened femme. And for good reason: She was held captive on Skull Island by natives, rescued by Kong, and ultimately the object of his monkey affection. Finally he met his death by plummeting from the top of the Empire State Building. It doesn’t get more more dramatic than that. They say it was beauty killed the beast; I say, this is my favorite love story of all time.

“The whitest white dipped in clinging dirt. Another summer has thrown its corpse on my floor. The streets have given birth to even more strangers. Rivers of urine stripe the sidewalks. It rained the other day and the only thing that occurred to me was it would wash the smell away for a few days. Tonight is the first hot night. Outside my window, the human noise factor is intense. It’s past midnight. They talk too much. They scream liquor-fueled idiot chatter. I pull away and close the door. I think about how it’s all going to play out. How much time people spend trying to get across to each other, trying to clear their names. Trying to overturn the charges brought against them. I have decided to tell them that it’s all true and not seek a fair trial. It’s the only way to be free. Stop trying to matter. I could get my body tattooed with air-colored ink and walk invisibly amongst them. I have heard people say that they felt closer to their parents after they have died. Maybe if I treat people as if they were dead, I could get along with them better. I want to be able to like living people somehow. As it is now, they’re I best coming through speakers or trapped between book covers. Here I go into the heat. Four months as a human anvil.”

Hubert Selby Jr, who wrote the powerful Last Exit To Brooklyn and Requiem For A Dream, descibed his painful existence: A SCREAM LOOKING FOR A MOUTH. It’s the saddest thing I’ve ever heard.

Michael and Janet Jackson recorded “Scream”, their only project they did together in their adult life. Jane’s Addiction released Scream in 1987, a compilation of songs recorded at the infamous 80’s Downtown L.A. club Scream, where I used to go. Chris Cornell, I believe, is the one rocker who can get away with his particular form of screaming when he sings, and it’s genius. And, in the movie poster for Alien, In Space No One Can Hear You Scream. So really: Is anybody listening?

There’s a little movie from 1996 called Scream. It’s kind of like a thriller within a thriller, even making fun of itself with another flick called Stab. It’s bloody, cheeky, and all kind of an inside joke. And our costumed villian for all three movie installments looks a little like…

The lonely Mr Munch would be proud. 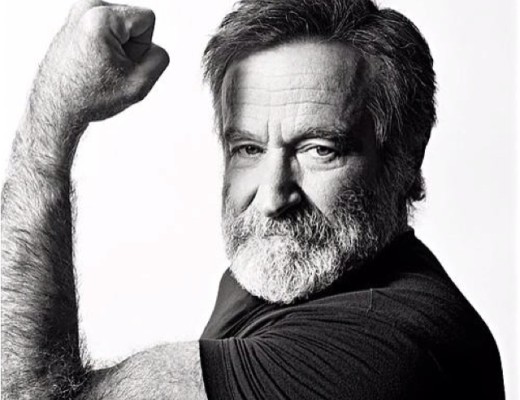